New year, new challenges. It seems only yesterday that Francesca challenged us with a her literary inspired muffin, but it has been two months now. Enough to relax and forget how the MTC Challenge can put my brain and creativity under enormous pressure. Couple this with my macro lifestyle adventure and you can just imagine how difficult it will be for me from now on…but stubborn as I am the goal this year will be to be able to participate to all of MTC’s challenges by inventing all sorts of macro alternatives to the recipes and ingredients we will be given. Honestly these dumplings were a walk in the park if I consider the risk of running into a dessert recipe, or worse a brioche dough rich in eggs, butter and sugar. But challenges are vital in my life and for my blog(s) too and I am ready to face any recipe, even though I fear many tears will be shed being failure and disappointment just around the corner with macro cooking!

But let’s move onto this month’s challenge. Monica, of One in a million blog chose for us a recipe of Germanic origins typical of German, Austrian, Czech, Slovak, and Alto Adige cookery: canederli (knödel, gnochi de pan, knedlìcky, chineglis, chineghi, chenedi depending on the place of origin). In her post Monica proposes a version typical of her area, Cortina in the Dolomites Region. This is a poor dish, born in the kitchens peasant. It is made with scraps of stale bread and cheap ingredients easily available: herbs, leftover cheese, vegetables and fruit. Such dumplings I had never tasted before, what a nice discovery! It is always nice to find a new recipe to use up leftover stale bread and if like me you hate waste keep in mind this solution, you’ll be deligghted. Being my diet very restrictive I tried to minimize the amount of banned ingredients. One exception was made, with the use of yeast in the bread, because honestly already doubting the success of the bread (which I pulled together tweaking the recipe for “plastic bread”) I couldn’t have beared to screw all up for a matter of leavening agent, being already quite late with the blog schedule (going back to normality after Christmas break has proved much more difficult than I imagined). The bread despite all my fears turned out great, tasty, slightly moist, simply divine when toasted and proved to be ideal for this recipe. The canederli mixture was nice and compact and didn’t fall apart when cooking, what a delight! In my worst nightmares I saw the bread ball dissolve into the boiling water, so you can imagine my surprise! To counterbalance the use of banned ingredients (I can eat just a little bread, manly made with whole flours and absolutely not leavened with yeast) I decided to flavor the canederli with shiitake mushrooms, a great natural help to detox the body, stimulate the immune system and protect the liver, to use a miso broth which is a great help with digestion and kombu seaweed which naturally cleans the bowel, collecting toxins along the walls of the colon and allowing their natural elimination as well as being a great help in reaching your ideal weight as it regulates the distribution of nutrients in the body. I chose to combine chopped almonds to the dough to give a different texture (in macrobiotics, as I have read so far, the use of different textures and types of cooking are promoted especially not to bore the palate and to help induce morea natural sense of satiety) and add protein to the meal. The chives, with their intense flavor balance out the mushroom adding freshness and giving the dumplings a slightly pungent flavor, while carrots in the broth give a slight sweet touch to the miso which is quite salty. The result is really good and I think these dumplings could become a nice option for first courses when I invite friends over for dinner. Thank Monica for making me discover this simple and versatile recipe, I will keep in my personal top ten! Have you got a few slices of stale bread that are hanging around and you do not want to reduce them into breadcrumbs or you just want to do something different for a change? Then follow me and let’s see together how to make these special dumplings!

Mix the flour and water until you have no lumps.
Cook the mixture for a few minutes until it thickens and gelatinizes.
Let the water roux cool.

Mix the water, oat milk, yeast and malt.
Mix the flours together, little by little and add the water roux when they start absorb all the liquid.
Add salt and oil.
Roll out the dough and give it a three-fold.
Cover with plastic wrap and let rise until doubled, it will take about two hours.
Lightly flatten the dough with your hands and give it another three fold.
Let rest 30′.
Roll up the dough so that it fits into your mold (I used a pyrex mold of about 25 × 10 cm) and let rise, covered with plastic wrap, until doubled.
I put the mold in a warm place and it took about 45′.
Bake into a preheated oven, at 190 ° C for 30′, then emove from the mold and bake an additional 10′ or until when beaten with a knuckle on the bottom the bread produces a hollow sound.
Cool the bread on a wire rack.

Cut the carrots into and seaweed into strips (with kombu you can use a scissors), fill a pot with the cold water and put the two ingredients to boil.
Let boil over medium high-heat for about 10′.
Dissolve 1 teaspoon of miso paste in each bowl and dissolve it in half a ladle of broth, so that later on it can be more easily mixed with the broth that will be added.
When the dumplings are ready to be cooked boil the broth over medium-low heat.

Break up the bread in a large bowl.
In a separate bowl, beat the eggs with the oat milk.
Pour the liquid over the bread, mix well, stir occasionally and let stand for about 30′.
Meanwhile, put the mushrooms to soak and chop chives and almonds.
With the use of a fork crush well the soaked bread to ensure that all the liquid has been absorbed.
The bread mixture should be soft, moist, and shouldn’t be too sticky.
In her post Monica points out that it is important not to fall into the temptation of adding more liquid, the risk being that the dumplings dissolve in boiling water if the misture is not compact enough.
Add the chives, almonds, finely chopped shiitake mushrooms, salt and pepper.
Stir quickly, then add the flour.
Knead with your hands, compacting and distributing the ingredients evenly, pressing well.
The mixture will be slightly sticky, and will leave very few residues on your hands.
Heat the broth.
Dampend your hands with cold water and shape a ball with a diameter of 3-4 cm, rolling and pressing down the mixture with your hands.
Take a cooking test, adding the canederlo to the simmering broth, and cook the dumplings for 5′.
The dumpling must remain compact and should not fall apart in the water.
It may lose some pieces of bread, but it should not lose its shape.
If this happens add a tablespoon of breadcrumbs and take another test.
Monica prefers not to add flour, drying the misture up with the help of breadcrumbs.
If the dumpling passes the test taste it and if necessary adjust the aromas and proceed with the preparation of the other balls.
Cook them in two rounds, don’t fill up the pot, and let them come to the surface without too much stress on the temperature of the broth.
Serve after the 5′ of cooking, 4 dumplings each, with the broth covering them about halfway. 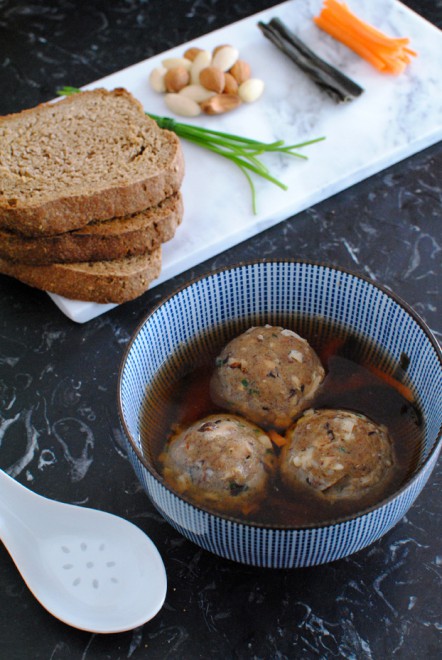 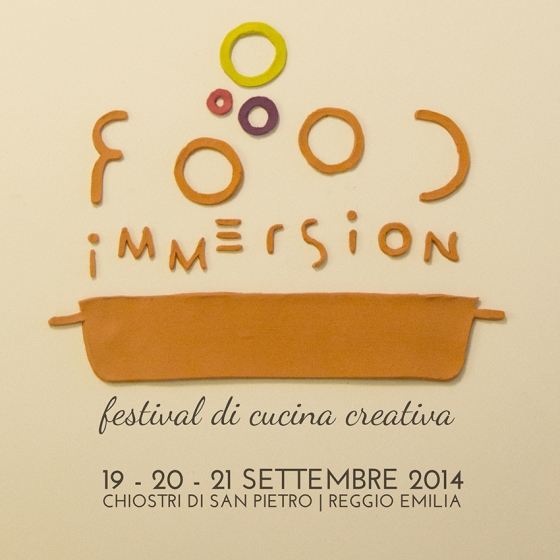