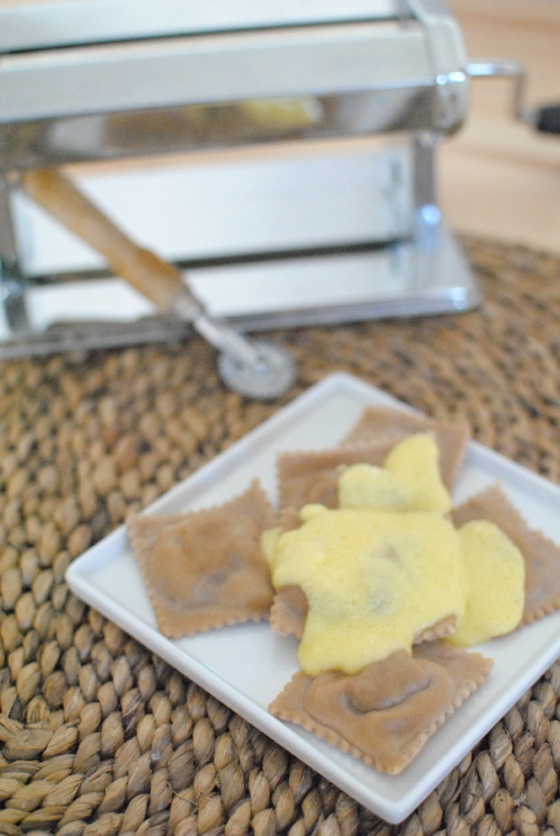 And here I am, out of breath, red faced and perpetually late. Kind of funny, because this is not my usual self. Indeed, more than often I am the one standing at the meeting point staring nervously at the clock ten minutes in advance (In fact I was almost one hour in advance at the Migros contest!). But with the blog things work differently and last minute posts are the rule.Too many inputs, too many interesting contest, too many ideas that pop up in the middle of other things to do which aggressively take control and deviate my attention. Do I really have to say it? Too much! With another month comes another contest. The MTC challenge: I participated only once and it immediately became clear that the level of challenge is very high as well as the quality of the challengers. What a great pleasure to read, obviously late, this month’s theme launched by Serena aka Pici e Castagne. Her challenge consists not in a recipe to replicate, but in an ingredient: Chestnuts. The aim of November’s challenge is to create a “poor man” dish, made with simple ingredients that our grandparents could afford. I welcomed the challenge with great joy, but also with some anxiety seeing the quality of the recipes seen last month! I’d already baked bread with chestnut flour, a vegan chocolate and chestnut cake had already been tested, but I was not convinced. What I longed for was a real challenge, at least for me and my abilities. Too easy to pull it through with a dough or a cake. Why not homemade pasta made with chestnut flour, maybe ravioli? Nothing more basic and affordable than nuts from my father’s plant (the famous nuts that took us two days to crack), some stale bread was waiting to be reduced in bread crumbs, milk and a little olive oil (ok, maybe the only ingredient that my grandparents would have had to pay dearly) all blended into a very thick mixture. The stuffing. What about a sauce? Something creamy and special. An ingredient that wouldn’t cover up the other flavours. My choice fell on a formaggella ticinese grassa cremosa, a regional fat cheese made with cow’s milk. Very surprisingly the cheese was very tasty, being accustomed to formaggelle that often are characterized by a smooth texture and a delicate flavor I was pleasantly surprised by the personality of this highly flavoured cheese. In short it is quite clear that this formaggella is made from milk of happy and well fed cows! I will not go into details about my adventure in the making of this recipe. In short, everything was made on Monday between 8.15 and 11.45, since the eggs were the only missing ingredient and here shops open at 8! Having invited my mother to lunch I obviously didn’t want her to eat on her own while taking pictures for the blog! A batch of raviolis got frozen and the photoshoot was postponed to Tuesday because after lunch I had a job interview. No time on my hands and I was scared they could alter in color so the freezer seemed the best option to me. I never made nor froze ravioli in my life and only on Tuesday I read that usually one should blanched them first. Great…I had put them in the freezer raw. And what would be of all the effort if they broke and turned all mushy? There was no time to replicate the recipe, the post about sfogliatelle ricce was still do be written, and I was almost tempted not to participate to MTC’s Challenge . Then I said to myself: if they become all mushy you’ll cry and not participate, but what the heck give it a try! The secret not to break up frozen raviolis, an information taken from the web, is to cook them in abundant boiling water. After being dipped I immediately lowered the temperature to let them simmer 10′ and this way they luckily kept intact . The dough was thick enough, this factor has been helpful too. What can I say, the recipe was a surprise to me, exceeding by far my expectations. Even my mother was impressed and hopefully I’ll cook those for my friends too. The sweet chestnut flavour, creamy and slightly pungent cheese, walnut’s strong flavor and the bread (which was decisive for obtaining a compact but creamy filling after cooking) blended in a perfect marriage of flavours and textures! I am very happy to have discovered the MTC Challenge because I’m sure that without Serena’s input this recipe would never have been born. Such is the beauty of the blogosphere which often creates wonderful synergies. You can find all the other recipes submitted to the challenge here. And here it’s mine.

Chestnut flour Ravioli, stuffed with walnuts and bread, topped with melted cheese
x about 50 pieces = 4-5 servings (it is a very rich and filling dish)

Let the bread soak in the milk until soft.
Blend slightly before adding the nuts and olive oil and continue until you get a thick paste with chopped nuts of medium size.
Put in a bowl covered with plastic wrap and rest in the refrigerator until use.

Combine the flours and salt in a bowl then sieve on a work surface.
Make a well in the center and break in the eggs.
Knead with your hands until you have a homogeneous and compact dough.
You have to stretch the dough away from you, then fold it back on itself.
It should take about ten minutes.
Wrap the dough in plastic wrap and let stand 1 hour at room temperature.
You can then roll the dough with a rolling pin or with a pasta machine.
My advice is to divide the dough into 4 pieces which will then be pulled with the pasta machine or by hand.
For the pasta machine give a rectangular shape to each piece and pass by the widest rollers, then fold into three to give a more regular rectangular shape and continue to roll them out until the last roller.
Generally when you roll at half the thickness I cut the rectangle in half in order not to have pieces that are too long, but this also depends on the work space available to you.
With the pasta machine you should get rectangles of about 15 x 32 cm.
With rolling by hand try to get a size with a length which is twice the height.
Roll out the dough to a thickness of 1 mm maximum.
Place the dough on a floured tray and cover with a tea towel dusted with flour so it does not dry out during the filling up of ravioli.
Put an abundant half teaspoon of filling for each ravioli, taking care you leave enough space between them, the filling should be put on one half of the sheet as the other half will be folded over.
For the 15 x 32 cm pastry I made 6 ravioli on each sheet, in two rows of three.
Moistenwith some water the dough on the empty half and the dough around the filling.
Overlap the empty half and gently press with the side of your hand the dough in between the filling and on the outer sides to outline where to cut the ravioli.
With a pasta cutter cut the ravioli squares as regular as you can (mine were 60% rectangular because I was in such a rush!).
Let the ravioli rest on a floured cloth and cover with another cotton towel for about an hour before cooking, turning them after half an hour.
Cook the ravioli in boiling water for about 8’.
Meanwhile, about ten minutes before you cook the ravioli, prepare the fat cheese fondue.

Put milk, butter and soft cheese in a small saucepan and cook on very low temperature.
As the cheese starts melting stir occasionally to blend all the ingredients.
When you have a liquid mass, pour a couple of tablespoons in a little in a cup and mix it with the cornstarch until you have a smooth paste.
Combine the paste with the cream cheese and stir until smooth.
The mass will begin to thicken.
You can leave it on the stove on the minimum temperature if the ravioli are not ready, but remember to stir the fondue occasionally to prevent lumps on the bottom.
When the ravioli are ready cover with 2-3 tablespoons of fondue, but do not overdo it because you do not want to cover up the other flavors.
What remains of the fondue you can always eat it with bread if you’re still hungry! 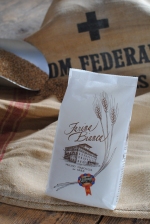 A cup of books!